Not anything you really care to hear

So it is Thursday and I guess I should post something new.
But I GOT nuthin! 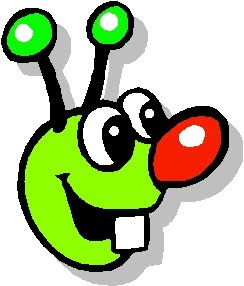 Who in the world would want to hear the details of us pouring the foundation
for the mudroom up at MTE. And how they left me all alone up there and it started to rain.....and how I panicked trying to find a way to cover what had been poured before it became concrete soup. And how when they got back they told me I should have left it uncovered so the rain could have kept it moist for them to work with. And how it was to set for them to fix the lump they missed....because two guys went to Lowes and could not walk past the tools without having to stop and drool. :)
~~~~~~~~~
And I know you don't really want to hear about the first day of school. And how I didn't know that there was only a half day of school.....so I almost arrived two hours late.
~~~~~~~~~
Or how I used my discover card savings to buy steaks from Omaha steaks because Discover keeps sending me an email about using the 20 dollars that has been sitting there for almost 5 months. And being the kind person I am......the type of perosn who doesn't want anyone to feel put upon......I figured I would give them one less thing to keep up with and purchase some food to put in the freezer.
~~~~~~~~~~
Or how I am reading through the Bible...just starting....and after all these years I am still wondering about when Cain was sent off after killing his brother and there was a woman in another village for him to marry ?????? Do you think Adam and Eve had some more kids between him and Seth? Just how many years did he wander around before he happend upon a city of his relatives?
I don't know......still can't get over the fact that he married someone he was (closely)related to.
Or how in the next chapter the earlier they had children.....the younger they died.
Hmmm.....that should be a lesson for us.
Oh and do you think the angels are still standing with their flaming swords guarding Eden.
And if so.....did they get a month or so off during the flood?
~~~~~
Or how I took off my toe nail polish last night. How do you like that for a change in subject?
~~~~~~~
Or how I shortened this story from over 800 words to under 500 words to send to Readers Digest. That was a dozy of a chore.....and then realized that they only wanted 500 characters!!!!
And then how I decided not to even bother sending it......... since what you send becomes their property and they may not even publish it!?!?!
I DON'T THINK SO!
~~~~~~~~~~~
Or how I am procrastinating filling out the dozen plus papers the teachers want me to fill out.
How it is almost 9:30 at night and I am still not interested in ending the period of procrastination.
~~~
BUT
since I don't want to take up any more of your time with things you don't want to hear about.....I'll just say...HI!......and I hope you a great weekend! ;)

But let me make this quit clear!........
I WILL be back as soon as I think of something
tantalizingly
interesting
that you might just want to hear!

Posted by Sharon Brumfield at 6:56 PM

You make me smile, love you.

Well thank you for not filling me in...sounds like a fun week....OH THE QUESTIONS I HAVE when I read the Bible....someday we'll know

I love posts like this! Thanks for sharing. And for some reason Discover won't let me have my money until I reach $50 now.

Your "nuthin" is a big "sumthin" to me sweetie! I love it! By the way...I finally posted about adventures in Maggie Valley last month...check it out!

I love your post....much ado about nutin'....love you too girl...
I always have questions about what I read...just started a new bible study tonight with some gals at our church...we are studying the Psalms...should be great....

Goober....there's not many people I can open a comment with that one...lol. I'm so glad you filled me/us in on your nothin. I've missed talking with you the last week or so =(
Love ya Girl...maybe we can catch up on Sunday =)

Hugs hugs and more hugs...I like your random "nothing" posts!

Anything you have to share is worthwhile my friend!


Love your new look by the way!

Thank you
You made me laugh and think.

I am intrigued Sharon and I feel a big whoop whoop about you and Keith working together on a project. I'm imagining a retreat in the mountains for prayer, bible study and more...can't wait to hear.

I was also encouraged by the verse on your blog header - God was only talking to me along the lines of this verse yesterday and it was spot on timing wise to see this today.

Love you too, girl! You truly have a talent....love your post!

Oh my, you've had a rough day. However, I enjoy hearing anything you have to say and I certainly enjoyed this post. It made me chuckle and brightened my evening. :-)

I've often wondered about Cain's wife as well...who was she? Where did she come from. After all, no other children are mentioned and I can't imagine him marrying his sister, even if there was one.

Food for thought, Sis. Take care, have a good night's sleep and enjoy your weekend. Don't fret the small stuff.

How cute and awesome! I love the whole foundation thing, that was too funny! Love the season you are in! So happy for you! God is with you and Keith! For good!

A pastor friend of ours said he thought perhaps it was the Nephalim in the land that the Bible refers to here: "Nephilim were on the earth in those days, and also afterward, when the sons of God came in to the daughters of men, and they bore children to them. Those were the mighty men who were of old, men of renown" I do not know, but it is food for thought!

Sorry you have had a crazy week! Love ya, Sister!