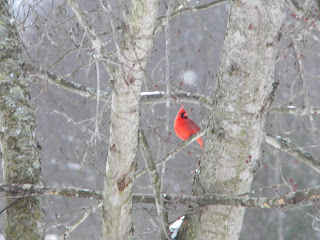 Several years ago I was going through a  rough year . I had been caring for my  father in law who was sick and near death and I was tired. In need of a fresh word of God’s love for me I asked Him to let me know that He loved me and that He had not forgotten me. It was not long after that that God allowed me to read an article in a Christian magazine. And although I no longer have the article…. I have retold the events as closely as I can recall them.

As the story begins we  are introduced to a woman who is sick and bedridden. It is long past the time when the doctors can do anything for her illness….her days are spent in pain longing for the time when God will call her home. As she lies on her bed day after day she begins to wonder if maybe God has forgotten her. In her weakest moment she calls out to God for a sign of His love…..a sign that He has not forgotten her.
The next morning, trying to find a comfortable position, she turns to look out the window at the world that seems to be passing her by. As she watches the wind moving the leaves in the trees she is surprised when a beautiful red bird lands on her window sill. She is amazed that as the day passes….although the bird would leave for brief periods of time…it always returns. Having its company lifts her spirits and brings a gentle smile to her face and heart. She is almost sad to see the sun begin its descent because she knew her friend will leave. As the day comes to its end she realizes that she has not felt as alone and her pain seemed less intense. The day ends and as she drifts off to sleep she says goodnight to God and slips into a restful sleep.
The next she is woken by her daughter bringing in her breakfast tray. As she raises her head for her daughter to fluff her pillows she notices that her friend has  returned ….once again it has resumed its post. Her daughter admires the bird and makes a point of saying  how unusual it is that it would stay and not be scared away by the comings and goings in the room. Knowing this to be true…..the sick woman is just glad that she is not feeling as lonely with her friend near by.
By the next week her visitors and family recognized the sweet gift God had sent. …no one had ever seen a bird that was so loyal. And with their comments came the sweet realization that God had answered her prayer  …..and she wept as she realized that He had sent a sign of His love. He had not forgotten her and He had given her a sign that let her know He was with her even is she could not see Him.
Each person who came by for a visit was introduced to that little bird. She told them he was her sign from God--a sign that God loved her dearly and had not abandoned her. That little red bird stayed with her until the end.
Not long after her death her daughter was driving through the country side visiting place she and her Mom had loved to visit. She missed her Mom dearly….hear hear was raw and broken. She had spent months by her moms side and the void in her heart was crushing her. She wandered how God could have taken her mom--didn’t He know how lonely she was without her? Did He even love her? How could He have done this to her?


With tears streaming down her face she pulled over by the side of the road. Leaning her head on the steering wheel she called out to God. In her heart she ask if He really saw her and if He cared that she was hurting so terribly. She just wanted the pain to stop. And although she knew that her time on earth was not over yet….she just wanted to be with her Mom.
Sitting back she reached up to dry her eyes. Turning to look in the review mirror to check her makeup something caught her eye. Looking out the side window she was astonished when she realized that God was speaking to her. Rising from the field were a flock of  bright red birds….she had never seen so many at one time. A smile replaced the tired worn out  look on her face and she laughed as she realized that she had been given a huge hug by God.

He loved her and He was with her--and He had called together His creation to make sure she knew it.

And that is the story of the Red Bird. We know from scripture that His creation knows Him….and they are here to do His bidding. The next time you look out and see a red bird/cardinal perched near by…..remember this story and know that He loves you dearly.

Posted by Sharon Brumfield at 6:04 PM

OH you just blessed my soul!! I'm rejoicing with you!!! GREAT story!!

With tears...thanking God for your blessings today. I have been praying...praying for a whole flock of red bird for you, Girl!
With Joy and Thankfulness,
Holly

Needed to read this post this evening! Yahoojah! Amen and Praise the Lord!